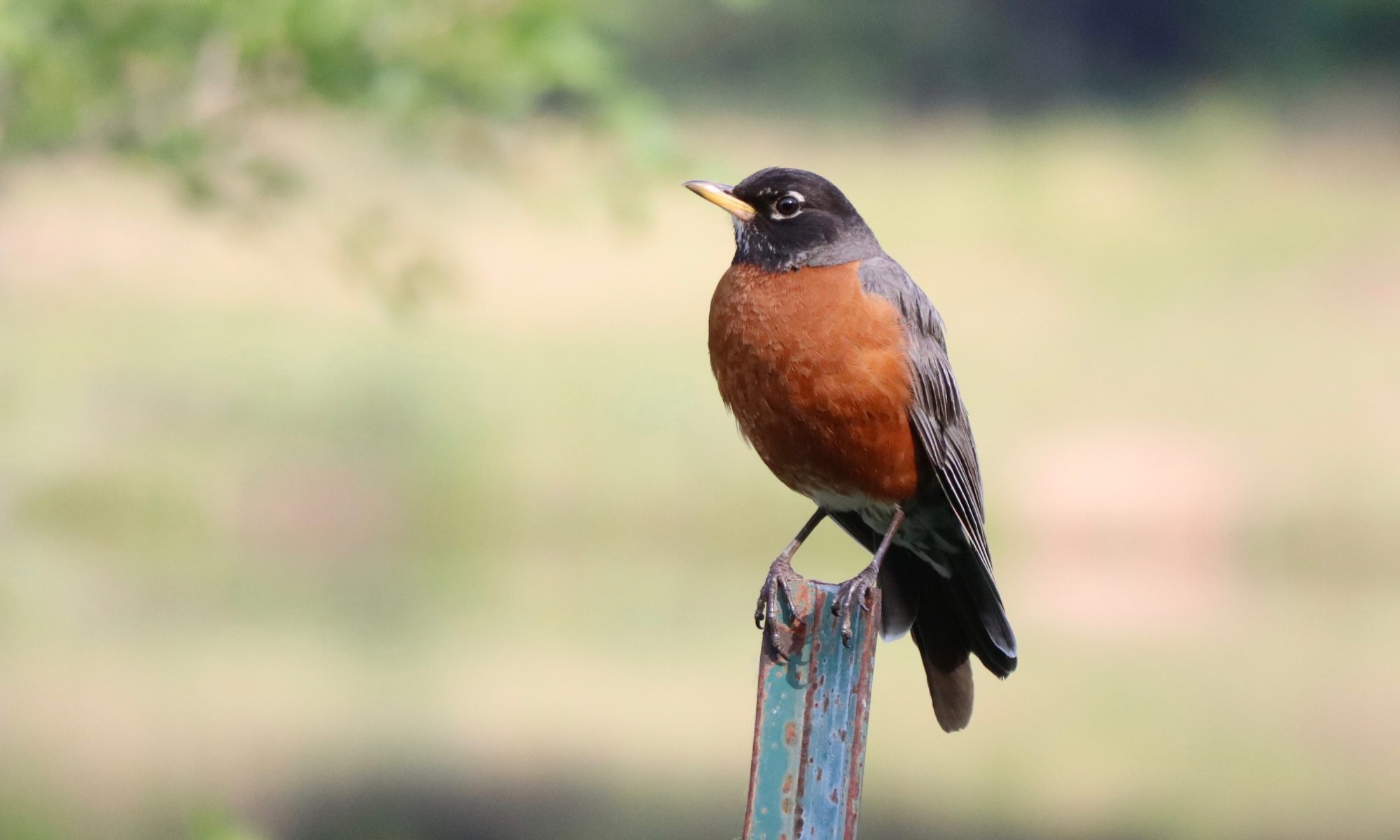 It was my grandmother and aunt who instilled in me a love of birds and birdwatching at a young age. My grandma had a bird feeder at her window, and from there I began to “get to know the neighbors,” as I now call it: Scrub-jay, Brown Towhee, Plain Titmouse. As I learned their names, faces and voices I would start to see them all around me, notice their habits, and I grew ever more curious about the world of birds with each new bird I learned. I longed to have been there at Grandma’s window when she saw rarer species like Phainopepla and Evening Grosbeak. My family put up a backyard bird feeder as well,  and through watching them and learning from them daily, the birds of the Inland Empire became like old friends to me.

The world in which I started birding – i.e. going out into the world with the intent of observing birds – was a world without the Internet. We had field guides, direct experience, and local birders to learn from. I remember going out with my mom, one or both aunts, and grandma (and, if memory serves, a group of local birders) at the Yucaipa Regional Park, and returning there to bird several times in years following. In February 1997, we all attended the first Salton Sea Bird Festival, meeting wonderful birders who introduced us to Snow and Ross’s Goose, White-faced Ibis, and Sandhill Crane through their spotting scopes.

Over the years and as life changed I took note of birds far less often, and recorded my observations even less (unless I could get a decent photograph). When the stresses of college life would get me down, I’d clear my head by going on a “bird walk,” sometimes keeping a written record of the species I identified along the way, sometimes just being present in the moment with them. But I have always at least kept a casual life list of birds I’ve identified. In time, I found that so much of my feeling of belonging (or by the same token, not belonging) in a place is “knowing the neighbors,” i.e. the local birds, and at no time was this more apparent than when I moved out of California.

Fast forward to 2018, when in the final semester of pursuing my second undergraduate degree in biology, I took an Ornithology course, which required students to submit regular bird observations at our chosen field site to the Cornell Lab of Ornithology’s eBird website. I knew from the moment I signed up for eBird that it was going to become my new obsession. A database where one can keep track of one’s own birding records and life list, build and utilize as a learning tool a huge library of photos and audio, find when and where particular birds might be found anywhere on the planet, and where one’s observations become data for one of the largest citizen science projects in the world? Seriously, eBird, where had you been all my life??

Needless to say, eBird has been the main force shifting my birding habit – so casual for so long – into high gear in the year 2018. I am getting out, discovering new places and “getting to know the neighbors” like never before – and as a result I’m feeling more at home here as a Colorado transplant. This is clearly a part of my life that had been missing for long enough.

My current life list on eBird shows 255 species observed over all time. These “all-time” species come from previous records of my adventures in birding that I kept in the form of photos, written records, and a bird field guide app, and which I’ve spent spare moments over the past seven months painstakingly uploading to eBird (I knew there was a reason I was always taking pictures of random birds on every vacation – or anywhere, really!). I’ll continue uploading old observations for as long as I find evidence: so far the earliest record I have (now preserved on eBird for posterity) is a handwritten checklist for one of the aforementioned trips to the Yucaipa Regional Park on October 26, 1995. In reality my life list is longer than 255 species – I just don’t have some kind of evidence to tell me (and thus eBird) when and where I saw a species. For example, I saw what I called in my head a “jackdaw” at the Villa Borghese in Rome, Italy on September 6, 2003, but for whatever reason I don’t have a picture (something tells me my camera’s batteries died, as it’s not like me to…not take a picture of a bird). But I don’t trust my memory of it enough to call it a Eurasian Jackdaw or a Hooded Crow, both of which are regularly seen there. Thus, I’ll just have to try to go see both again someday and make better observations to be able to add them to my eBird life list. Also, in the 25+ years since I started birding, the taxonomic relationships of birds have changed a lot as science continues to make new discoveries. For example, the three species I mentioned in the first paragraph of this post as some of my oldest “friends” (Scrub-jay, Brown Towhee, Plain Titmouse) have over that time frame been split into more than one species as recognized by the American Ornithological Society, such that the old friends now have new names: California Scrub-jay (as of 2016), California Towhee (as of 1998), and Oak Titmouse (as of 1996). Since I’ve lived in Colorado, I’ve gained two new “lifers” that resulted from these species splits: Woodhouse’s Scrub-jay and Juniper Titmouse.

eBird makes it easy to track one’s goals in birding, and for 2018, my main goal is to observe 200 species in Colorado. So far, as of August 3, I’m at 147 species observed in 2018, with 155 species seen in the state over all time. At some point in April of this year, my eBird habit became a daily one, and my streak just recently passed 100 days. One of my other eBird goals is to make at least one observation each day and report it for science. Let’s see how long I can keep up my streak – you can follow my progress here!

I don’t do ads. Like what you see? Leave me a tip – thanks in advance!